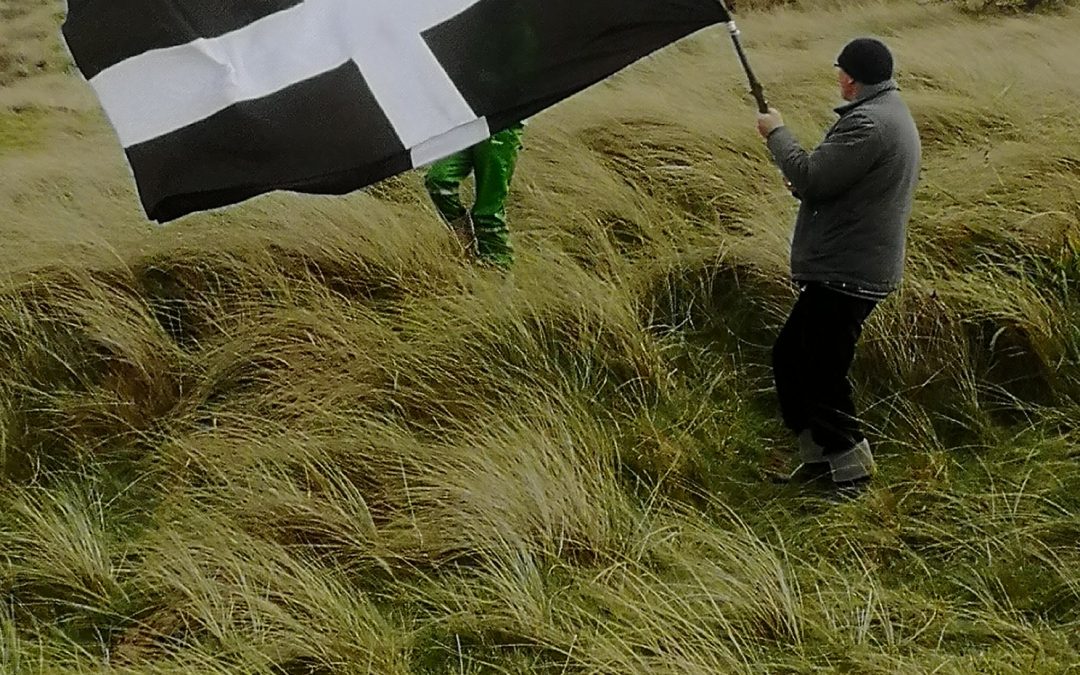 Blustery was the order of the day as dozens of local people assembled at Perran Sands to join the annual pilgrimage to celebrate the arrival of St Piran in Cornwall in the 6th Century and of Christianity locally long before it became established in the rest of the country. Residents of Perranporth are proud to maintain the traditional parade which takes in visits to St Piran’s Cross which is adorned with daffodils by the pilgrims as well as the ‘Lost Church’ and the Oratory. 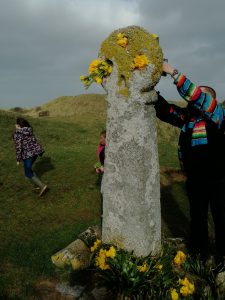 It is remarkable to realise that this site represents the very first Christian building in the country. Local musicians accompanied the people of all generations including small children who came along waving St Piran’s flags. St Piran himself led the proceedings along with his trusty team of early converts – the fox, bear and badger.